Eighteen
The Marshall 18W adapted for use as a distortion stompbox
by runoffgroove.com

Around 1965, Marshall introduced a few amps built around an 18 Watt EL84 powered circuit. While these models were intended for practice, the sound was much better than other small amps. Unfortunately, only a few hundred of these combos were manufactured over the next three years. These rare amps were given the model numbers 1958 for the 2X10" combo, 1973 for the 2X12" combo, and 1974 for the 1X12" version.

The features were two channels with Volume and a single Tone on each, along with Tremolo on one channel and an optional Reverb. The 18W amps consisted of 3 12AX7 type tubes and a pair of EL84 power tubes in push-pull configuration. Legend says Jim Marshall bought the circuit from Watkins Electric Music. Watkins sold a very similar amp they called the "Watkins Dominator."

An internet group for cloning these amps has been established at www.18watt.com. On this site, you will find a verified schematic for the 18 Watt combo. After hearing the sound samples there, we decided to give this circuit a try as a distortion stompbox with FETs in place of the tubes.

We opted to recreate the normal channel. The circuit consists of only one preamp stage, a volume and unique tone control setup, the phase splitter and a single power stage. There is no negative feedback, so distortion will be much easier to achieve. You may notice we used 8k2 as the value of R17 on the 18watt.com schematic. The reason for this is to scale the voltages of the associated JFET to the voltages of the amp. We did find that the sound was closer to the amp when we did this, instead of arbitrarily choosing a value. Please feel free to experiment with this resistor on your own.

Although the components designated do not look to be typical Marshall, they do produce results very similar to the soundclips of the amp. Great rock and blues sounds are readily available with this circuit.

Use 1M pots for Volume and Tone. It has been documented that some 18W Marshalls were fitted with these instead of the 500k pots specified on the schem.

Add the treble bleed cap to the Volume control to brighten the amp. 220pF is a good starting point, but other values will also work well.

Experiment with different JFETs (use sockets!) in any or all positions.

Try different values for the 4n7 and 10n caps on the Tone control to change the response. Sockets may also be helpful here. The 100k resistor is another point for tweaking. 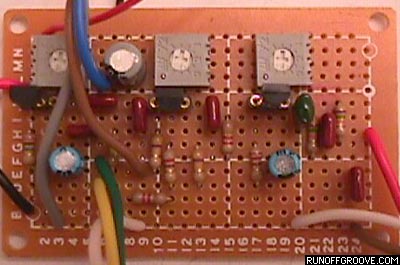 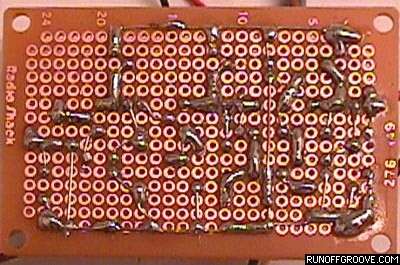 Eighteen by runoffgroove.com is licensed under a Creative Commons Attribution-NonCommercial-ShareAlike 3.0 Unported License.
Permissions beyond the scope of this license may be requested.